In Apache Kafka, the difference between the consumer offset and the end of the topic is called the lag. If the lag is increasing, the consumer is down or cannot keep up the producer.

In Kafka producing and consuming messages are completely disconnected. While producers keep appending messages to a topic, consumers can read these messages at their own pace (offset). In most streaming applications you want to make sure a consumer doesn’t get too much behind.

The command line tool kafka-consumer-groups lists consumer groups with their topics and its lag for every partition.

We gather this information every minute, sum it and push it to AWS Cloudwatch. In these figure you see three consumer groups with their lag over time. 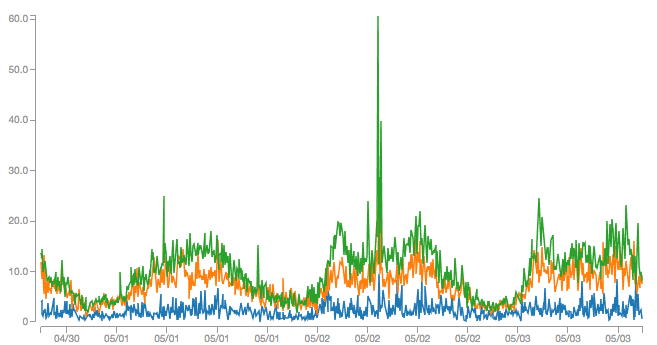 No issues here, a spike with a lag of 60 messages but the consumer rapidly catches up